That's me with an 6" f/5 Newtonian in July 1995.
My hobbies are astronomy, computers and chess. My main interests in astronomy are astrophotography and comet watching. For this I use now a 8" f/4 Newtonian. For guiding I use an 2.4" refractor. For comet photography I have a 5.5" Celestron Schmidtcamera.
Since August 2003 I use a Platinum XL ccd-camera for imaging comets. You can see my setup here. 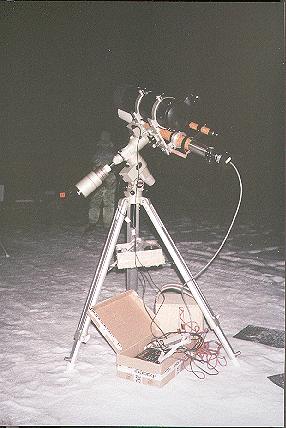 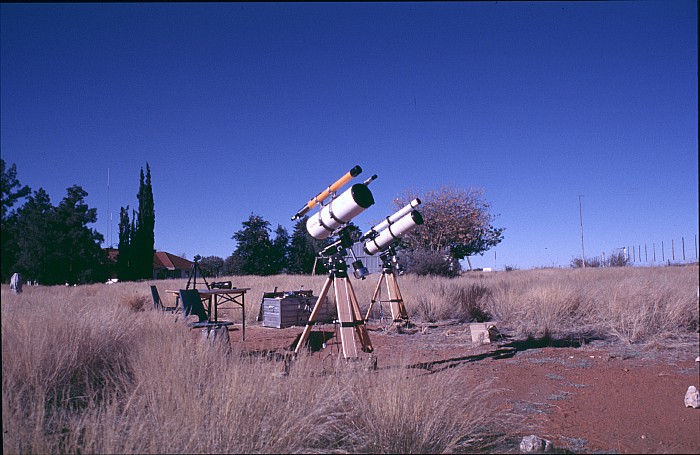 My telescope and the equipment of my friend Gerd Rudolf during our stay on Farm Tivoli in July 2001. I have a 8" f/4 Newtonian, he owns a 8 inch f/4 Flatfieldcamera. 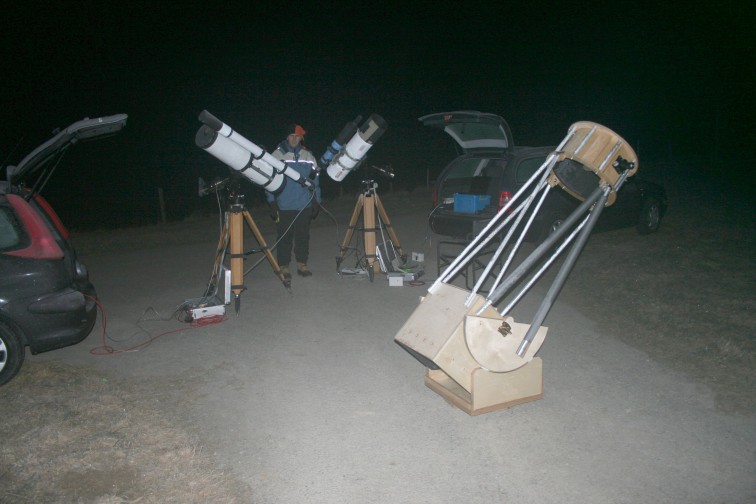 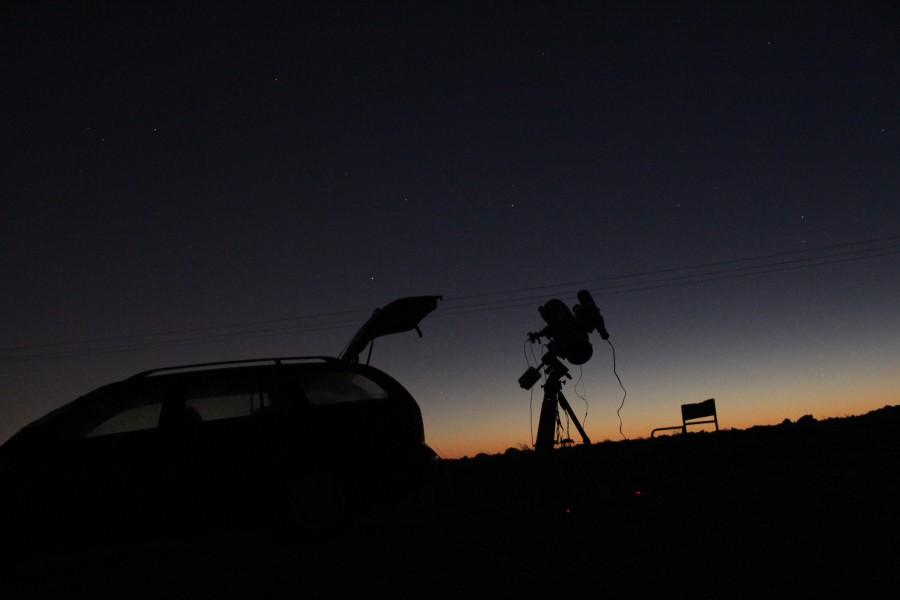 Comments are welcome. Write to Email.